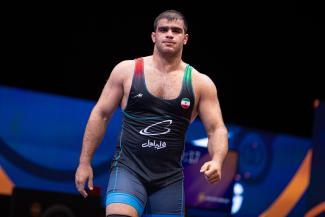 BELGRADE, Serbia (October 22) -- Amin MIRZAZADEH (IRI) was preparing for the Senior World Championships last month when he contracted the COVID-19 virus and had to withdraw from Iran's Greco-Roman team.

A month after the senior team won second place in the team title race in Oslo, Iran, led by Tokyo Olympian Mirzazadeh, will look to replicate and even improve that position at the U23 World Championships which begin November 1, 2021 in Belgrade, Serbia.

Mirzazadeh finished fifth at the Tokyo Olympics after losing to Riza KAYAALP (TUR) in the bronze medal bout. Still, the former senior Asian champion at 130kg would like to win his second world title after winning the junior worlds 2019. In his only outing at the U23 level, he finished fifth at the 2017 World Championships.

However, there is no certainty for Mirzazadeh as the Russian Wrestling Federation is bringing a loaded roster to Belgrade. First, he could face Mikhail LAPTEV (RWF) who won the U23 European title in May. Laptev has been on the heels of Sergei SEMENOV (RWF) in the Greco-Roman team.

Another name that Mirzazadeh has to look out for is David OVASAPYAN (ARM). The Iranian wrestled him for the 2018 junior world gold and won that bout. But the Armenian made it to the final of the U23 Euros earlier this year.

A rematch of that final from May is well on the cards as Ovasapyan wrestled Laptev but lost 5-1. The two revenge matches will headline the weight class which goes into action on the first day of the competition along with 55kg, 63kg, 77kg and 87kg.

Both 77kg and 87kg can also see the repeat of the 2021 U23 European Championships finals at the respective weight classes. The 77kg finals opponents Sergei STEPANOV (RWF) and Per OLOFSSON (SWE) are entered into the Belgrade bracket. Stepanov defeated Olofsson 5-2 in the final. Bronze medalist from the same event Samvel GRIGORYAN (ARM) will also look to avenge his 8-3 semifinal loss to Stepanov.

But Tamas LEVAI (HUN), a certain dark horse of the weight class, will challenge everyone with his spectacular defense, along with junior world bronze medalist and Moldova's hope Alexandrin GUTU (MDA). The Moldovan lost to Olofsson 9-0 at the U23 Euros and did not compete further due to an injury.

Three-time age-group world medalist Sajan BHANWALA (IND), who finished fifth at U23 Worlds in 2019, will also look to find a place on the podium this year. However, former junior world champion Amin KAVIYANINEJAD (IRI) will not be a pushover as he won a bronze medal at the 2021 senior Asian Championships in Almaty. 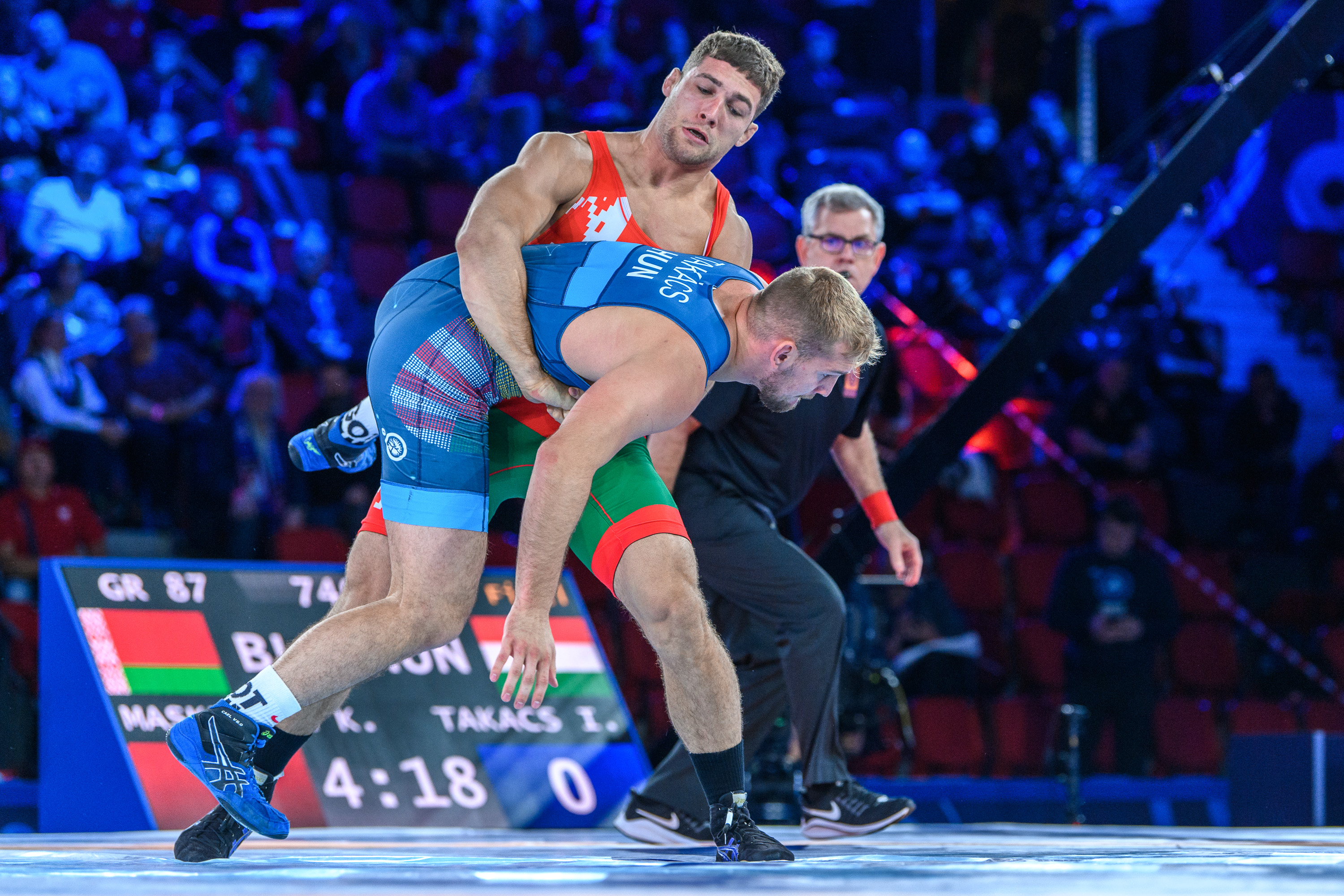 At 87kg, apart from U23 Euro champion and former junior world champion Aleksandr KOMAROV (RWF) and silver medalist Temuri TCHKUASELIDZE (GEO), Kiryl MASKEVICH (BLR) will be the biggest name to have entered the field. In Oslo, Maskevich reached the final but lost to Zurabi DATUNASHVILI (SRB) to end up with a silver. He will be looking to win the world title to add to his Individual World Cup gold that he won in Belgrade in December 2020.

Gevorg TADEVOSYAN (ARM) won a bronze at the U23 Euros after suffering a defeat at the hands of Tchkuaselidze and would like to turn around the result if the two meet again in Belgrade. 2020 senior Asian champion Sunil KUMAR (IND) would also like to win his first Worlds medal. 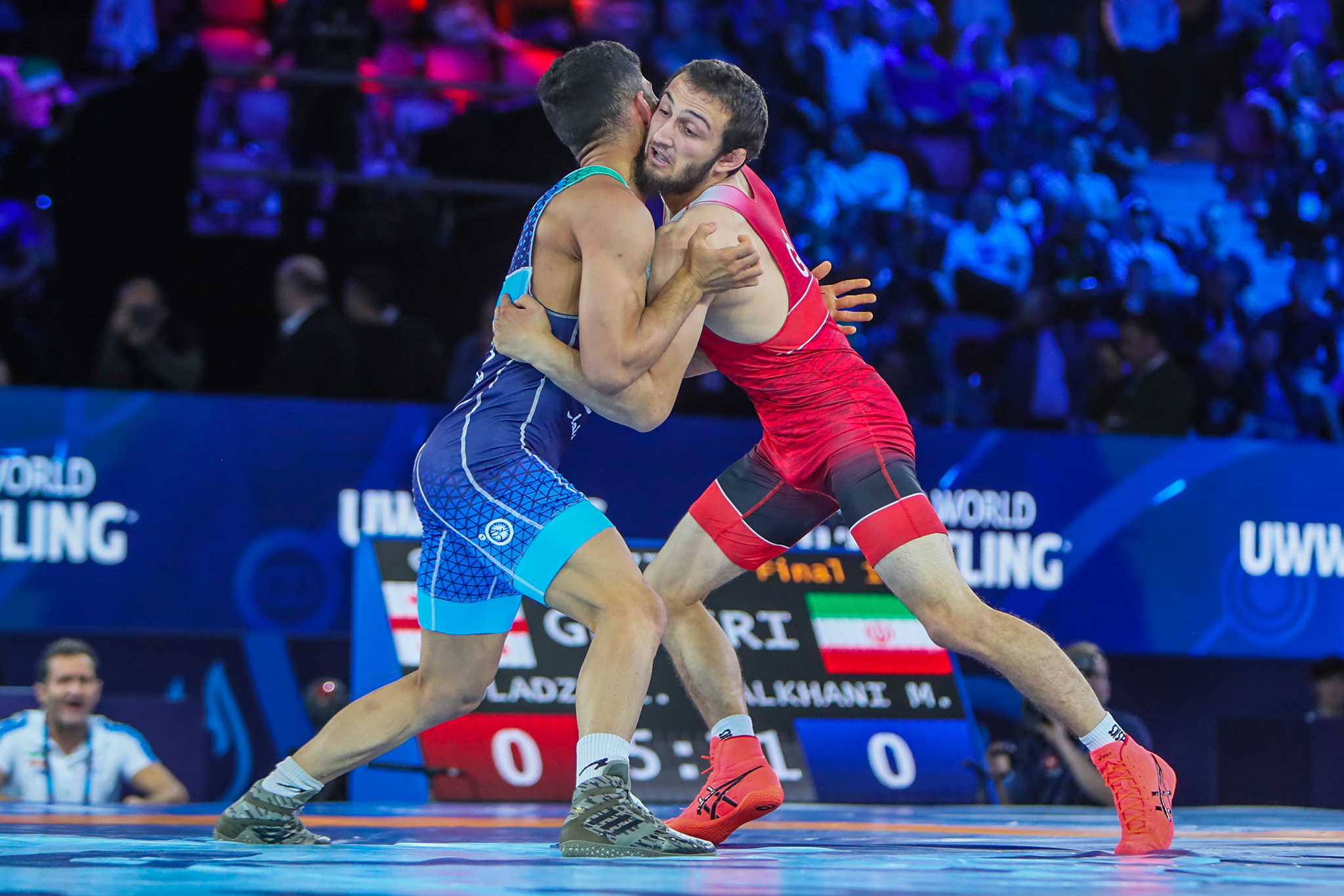 Leri ABULAZDE (GEO) fell short in the final of the 63kg at the Oslo World Championships. (Photo: UWW / Martin Gabor)

The first day can also see a huge 63kg clash between 2019 World bronze medalist Alireza NEJATI (IRI) at 60kg and 2021 World silver medalist Leri ABULADZE (GEO). Nejati was at the Tokyo Olympics as well but finished 10th out of 16 competitors. Abuladze escaped from difficult positions in Oslo and ended up reaching the final where he lost 4-5 to Meysam DALKHANI (IRI).

The two will also face a challenge from U23 Euro champion Hrachya POGHOSYAN (ARM) who had defeated Abuladze 1-1 in the semifinal of that tournament. He also entered at the senior World Championships but lost to Stig BERGE (NOR) in the opening round. 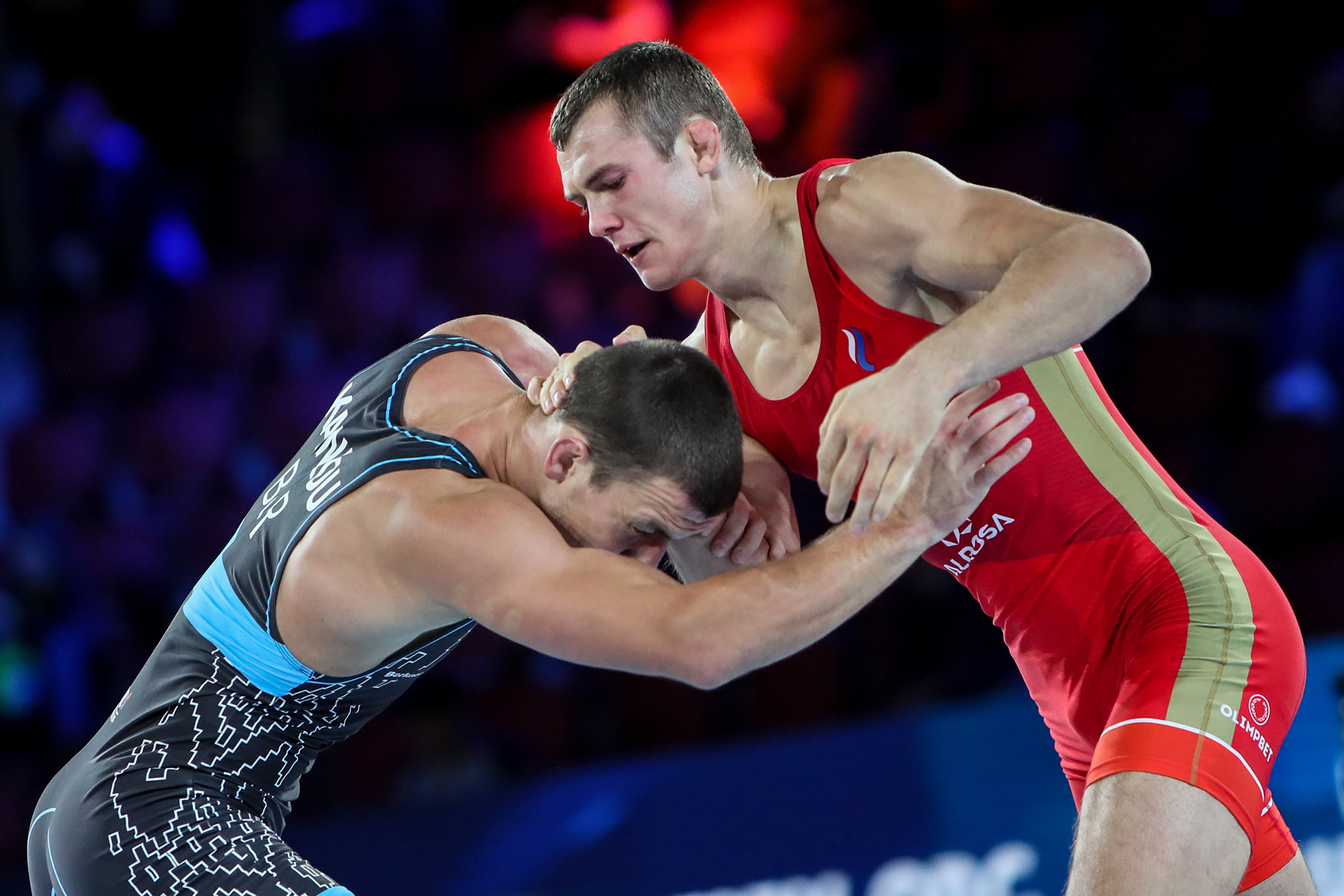 The 72kg weight class promises to be a minefield as senior World silver medalist Sergei KUTUZOV (RWF) has entered along with U23 European champion at 67kg Krisztian VANCZA (HUN) who was also in Oslo. Kutuzov was dominant in his bouts in Oslo and suffered a heartbreaking loss in the final to Malkhos AMOYAN (ARM), the same wrestler who had defeated him in the semifinal of the U23 Europeans in Skopje.

Andrii KULYK (UKR) won a silver medal in Skopje and he will also be in Belgrade, which gives him a chance to his first world title. He defeated Idris IBAEV (GER) in the early rounds. The German also entered Belgrade.

At 60kg, Tokyo Olympian Kerem KAMAL (TUR) will be eyeing his first world title at the U23 level after missing it the last time. The Turkish wrestler, who has won a U23 European Championships, a junior world title and several others, has been off-color recently and this tournament can give him the opportunity to bounce back to top form. He did not compete at the U23 Euros this year, and in his absence, it was Anvar ALLAKHIAROV (RWF) who won the title in Skopje. No one was able to score on the young wrestler who has also won the junior world title in 2019. A clash between the exciting Kamal and Allakhiarov will be a treat for the fans at the Belexpocentar.

Kamal's brother Kadir will also be making the trip to Belgrade and he will compete in the 67kg weight class. He lost a close final against Vancza 2-2 in U23 Euros but this could be his chance to win the first gold at a World Championships. Standing in his path are Oleksii MASYK (UKR) who met him in the semifinal of the U23 Euros, a meeting which Kamal won. 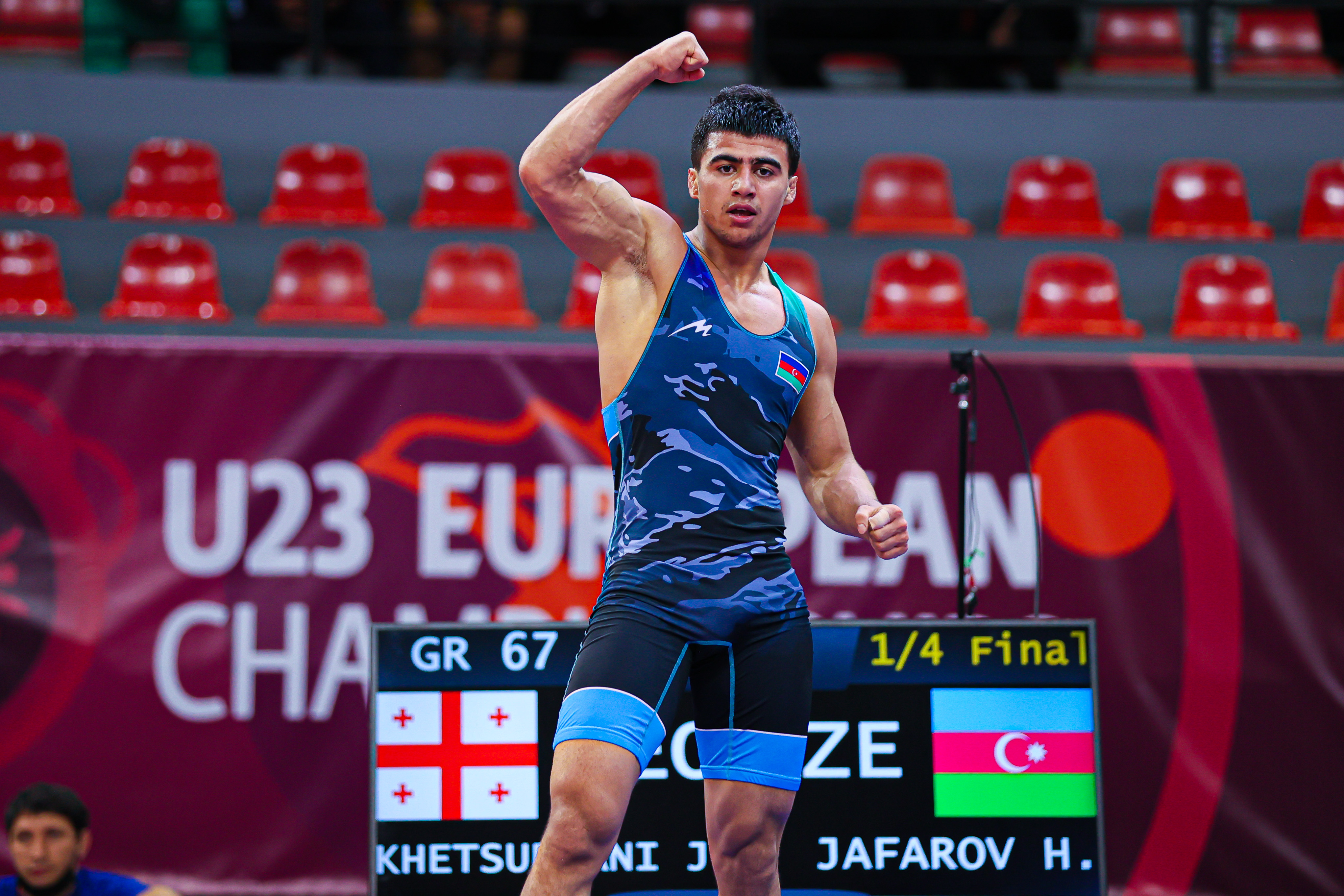 But a bigger challenge would be to go past junior world champion Hasrat JAFAROV (AZE) and silver medalist Sahak HOVHANNISYAN (ARM). The two will be the biggest threat to the gold. In Ufa finals, Jafarov was dominant and beat Havhannisyan 7-0 to claim the gold.

This year, Jafarov has won a bronze at the U23 Euros, junior European and Worlds titles, and was at the Senior World Championships in Oslo. He went 3-2 and finished fifth after losing to Olympic and World champion Mohammadreza GERAEI (IRI) and to Ramaz ZOIDZE (GEO) in the bronze medal bout.

All medalists from the 82kg weight class from U23 Euros minus Tamas LEVAI (HUN) are entered for the U23 Worlds and Shamil OZHAEV (RWF), who won gold in Skopje, will like to add the world title to his continental one. The only point Ozhaev surrendered in that event was a passivity point in the final and no other wrestler was able to score on him. Awaiting a clash with the Russian Wrestling Federation wrestler would be Yauheni YUROU (BLR) as he had lost to him 0-6 in that tournament.

The other bronze medalist Aivengo RIKADZE (GEO) is also entered while Iran decided to send Mohammad NAGHOUSI (IRI), who won a bronze medal at the Junior World Championships in Ufa. 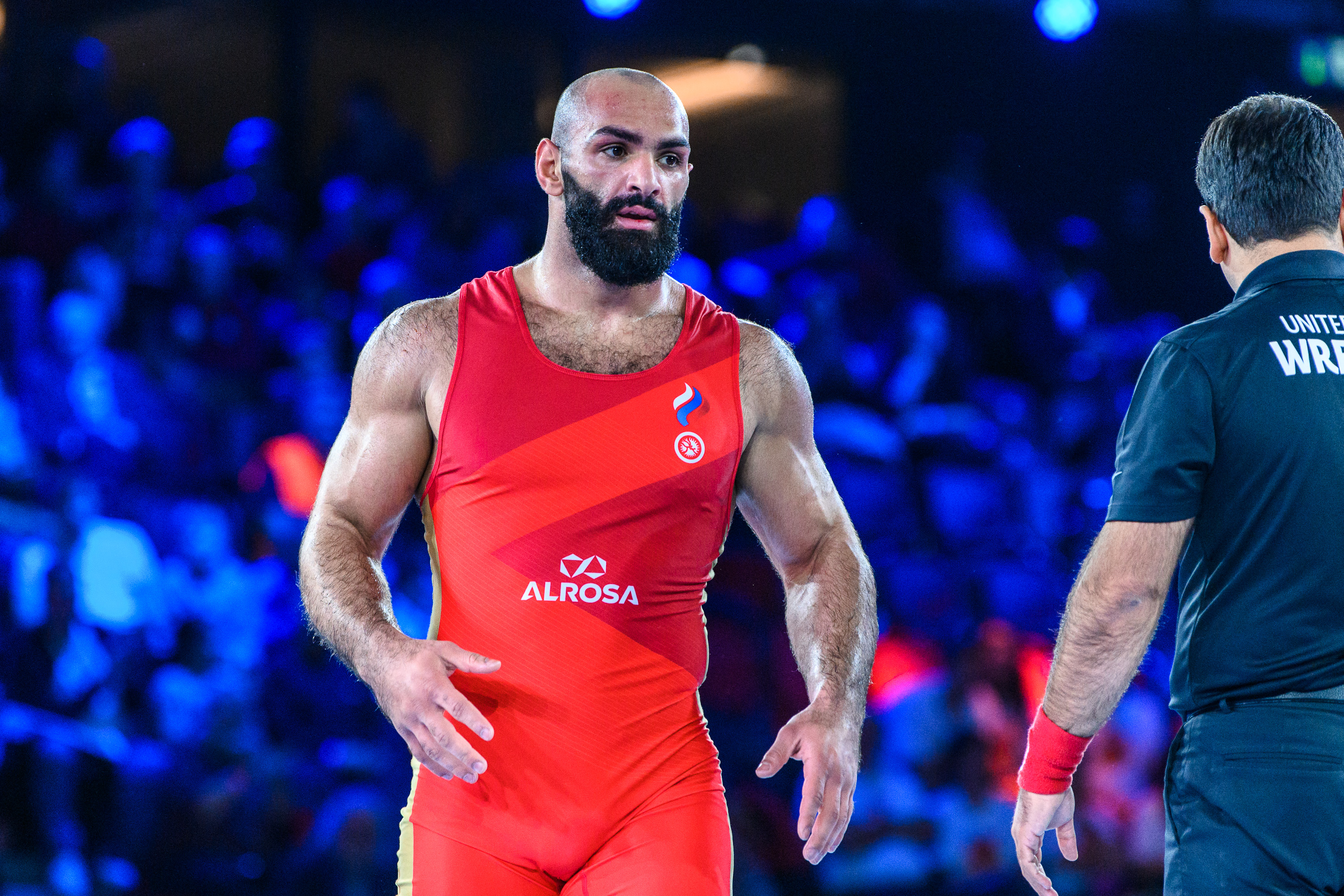 Another big name and the favorite to win the 97kg title Artur SARGSIAN (RWF) will close out the day. He won a bronze medal at his first senior World Championships in Oslo. The big-throwing wrestler won the U23 Euros as well in May and he may face his opponent from that final Giorgi KATSANASHVILI (GEO). Sargsian did not take much time in that match to finish Katsanashvili.

But one wrestler who Sargsian will be eyeing is Arvi SAVOLAINEN (FIN). The former junior world champion has a win over the RWF wrestler. Back in 2018, Savolainen won the junior gold in Slovakia after beating Sargsian in the pre-quarterfinals 7-0. The two are likely to clash in the 97kg weight class.

The tournament will certainly miss some of the quality Greco-Roman wrestlers from Korea, Japan and China. As travel is still complicated due to the pandemic, the three Asian countries, along with many others around the world, have decided to skip the tour, the final World Championships of 2021.

BELGRADE, Serbia (November 8) -- Women's wrestling saw 10 new world champions crowned at the U23 World Championships in Belgrade, Serbia. Ukraine became the best team of the tournament with three gold medals, two silver and a bronze medal. The USA, France Canada, Romania, Ecuador, Kyrgyzstan and Poland had one champion each. Russia finished with five silver and two bronze medals to be number two in the rankings.