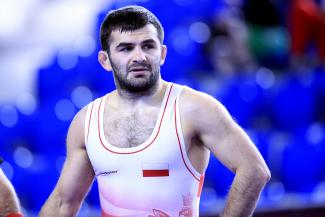 Ukraine’s 125kg wrestler Alen ZASIEIEV -- the only other athlete peviously disqualified based on meldonium results – is not included in the above list as Ukraine qualified for an Olympic allocation during the 2nd World Qualifier in Istanbul.

All National Olympic Committees previously granted Olympic qualification spots will not be impacted by this adjustment.