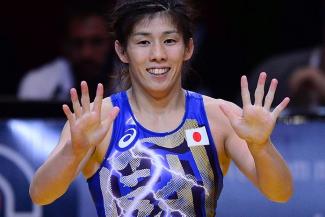 CORSIER-SUR-VEVEY (March 17) –United World Wrestling today announced several improvements to the sport of wrestling. The changes were highlighted by an increase in the number of weight categories and the implementation of a two-day competition format.

The number of weight categories per style will increase from 8 to 10. Options for the weight categories will balance the recommendations from several commissions, national federations, bureau members and athletes. The bureau will vote on new weight categories for Senior, U-23 and Junior-level wrestling at their meeting at the 2017 World Championships in Paris. The new weights will be in effect starting January 1, 2018.

The two-day competition format will undergo testing at the Cadet European Championships in July and the Cadet World Championships in September. If the tests are a success then the format will be effective on January 1, 2018. The two-day format requires athletes to weigh-in on the morning of their competition, with a two-kilo allowance for the second day. Wrestlers currently weigh-in the day before they compete and finish their wrestling in one day.

The two-day format will limit extreme weight loss and allow for improved promotion of the tournament finals.

“These improvements made are incredible for the sport of wrestling,” said United World Wrestling president Nenad Lalovic. “Our sport has never been stronger, and I believe that with the new categories and the improved competition format we will see continued growth in participation, support and viewership. I also believe these new rules will also encourage healthier wrestlers.” 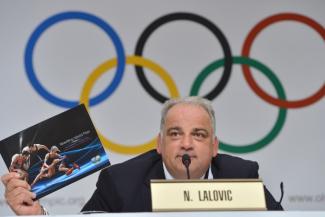 To help separate top competitors at the world championships the bureau also voted to create an objective year-long ranking system. The ranking system will also be the basis for the top four seeds at the senior-level World Championships.

Additional point-scoring tournaments may be added in the coming year.

The point-scoring by individual wrestlers at international events have also been adjusted to better reflect a nation’s performance at continental and world championships.

The bureau also passed several minor rule adjustments across styles meant to more effectively penalize passive wrestlers and encourage active wrestling. The rule adjustments will be in place for the U-23 European Championships next week in Hungary. It was also announced that Greco-Roman wrestling will undergo a study on the effectiveness of forced par-terre with two upcoming European tournaments implementing the position. Following these events an immediate review by the Technical Commission will determine the next steps.

Updates to doping violations were also announced. Starting in 2018 any athlete who tests positive during a team competition (i.e. World Cup) will invalidate their entire team’s result for the event.

Request for more mat-side cameras during major events was also approved. The additional cameras will allow referees a better platform for reviewing challenges and provide an enhanced viewing experience for fans.