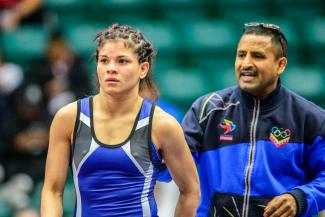 CORSIER-SUR-VEVEY (September 12) -- In accordance with United World Wrestling statutes and regulations, the wrestling federation of Venezuela has been suspended for damage done to other affiliated members. The suspension will mean that wrestlers and refereee from Venezuela may not participate in United World Wresting sponsored championships, tournaments and international matches.

TOKYO (Dec. 3) --- Japan wrestling's missing man, Tokyo Olympic champion Takuto
OTOGURO, will be making his long-awaited return to the mat later this month as he begins the long journey toward defending his Olympic title.

Otoguro, who has not competed since winning the gold medal at the Tokyo Games some 17
months ago, heads the entries at freestyle 65kg for the Emperor's Cup All-Japan
Championships, the Japan Wrestling Federation announced on its website Saturday.

As Japan's Olympians gradually filtered back into action after taking time off following the
Tokyo Games in August 2021, Otoguro was the last holdout. It remains to be seen how much
rust has collected on the 2018 world champion.

For the Japanese wrestlers, the Emperor's Cup, to be held December 22-25 at Tokyo's Komazawa Gym, marks the first step in the process for qualifying for the 2024 Paris Olympics.

The tournament is the first of the two domestic qualifiers for the 2023 World Championships in Belgrade, where a medal in an Olympic weight class by a Japanese wrestler will secure an
automatic ticket to Paris.

Meanwhile, Yui SUSAKI, who this year completed the first-ever Grand Slam of Olympics and all four world age-group titles, will see a familiar but not-so-welcome face in the field at women's 50kg, while recently crowned world freestyle 70kg champion Taishi NARIKUNI will attempt to accomplish a feat that hasn't been done in nearly 50 years. 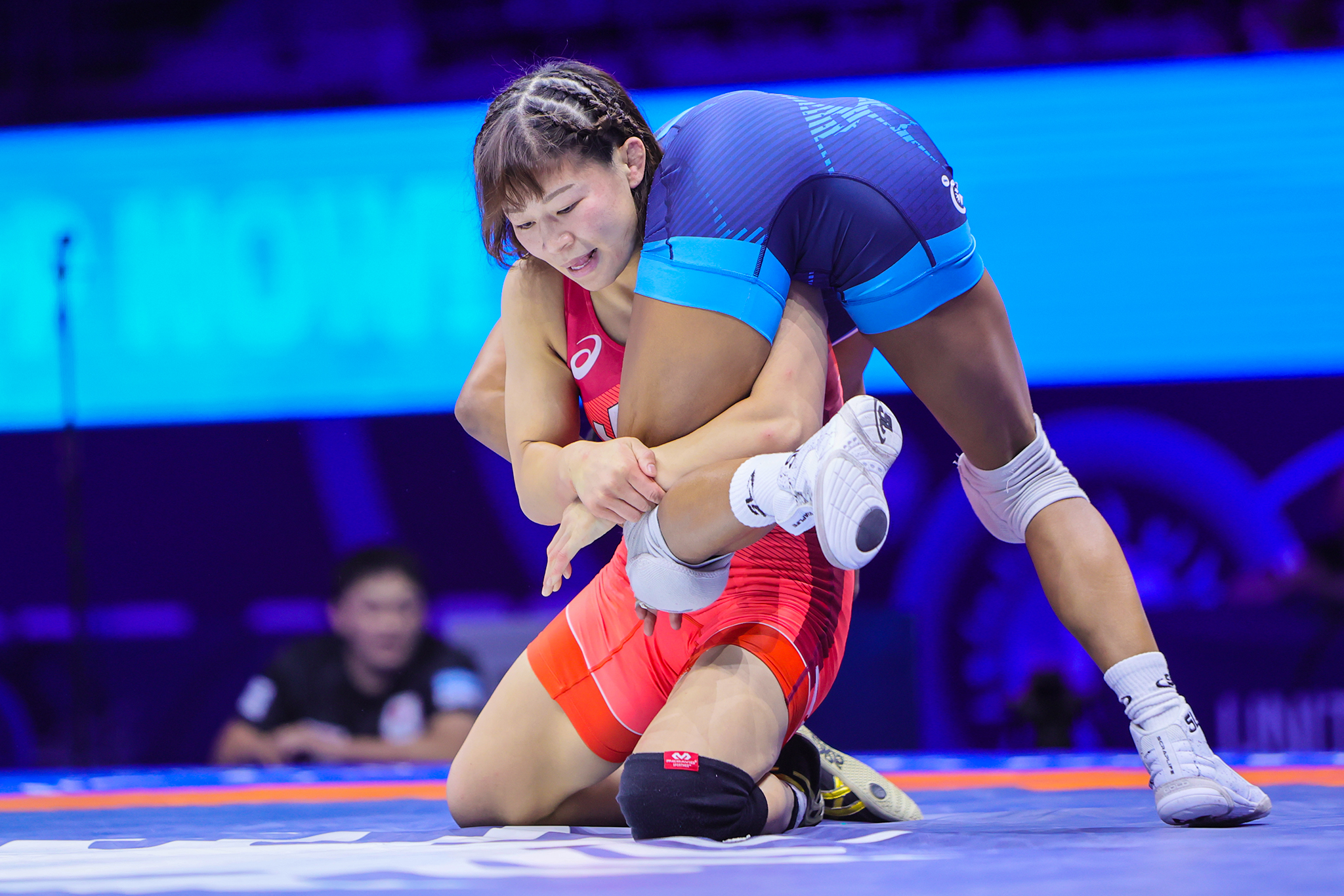 With the vast majority of the top wrestlers funneling into the Olympic weight classes, a number of highly anticipated clashes of the titans could be on tap -- none more so than between 2021 world champion Akari FUJINAMI and Tokyo Olympic champion Mayu SHIDOCHI at women's 53kg.

After the Olympics, Shidochi moved up to 55kg, where she won her third career world title Now she will be gunning for an Olympic repeat in Paris at 53kg, but has the formidable teen Fujinami standing in her way. Fujinami, who was plagued by injuries this fall, currently has a 103-match winning streak dating back to 2017.

Meanwhile, two-time Olympic champion Risako KINJO, who won the Tokyo gold at 57kg under her maiden name of KAWAI, is entered at 59kg, thus delaying her quest for Paris to the second qualifier, the Meiji Cup All-Japan Invitational Championships in June.

Kinjo gave birth to her first child in May and only returned to competition in October at the second-tier Japan Women's Open, which she won at 59kg.

In the Olympic weight classes, wrestlers who win titles at both the Emperor's Cup and Meiji Cup automatically earn a spot on the team to the Belgrade worlds. If the two are different, a playoff will be held to fill the berth.

In Kinjo's case, she will have to win the 57kg title at the Meiji Cup, then beat the Emperor's Cup champion in the playoff to make the world team and enhance her chances for a third straight Olympic gold in Paris.

Also in the field at 59kg are Himeka TOKUHARA and Yui SAKANO, who will be representing Japan at the women's World Cup next weekend in Coralville, Iowa. The majority of wrestlers, both in women's and freestyle, opted to skip the World Cup because it falls so close to the Emperor's Cup. 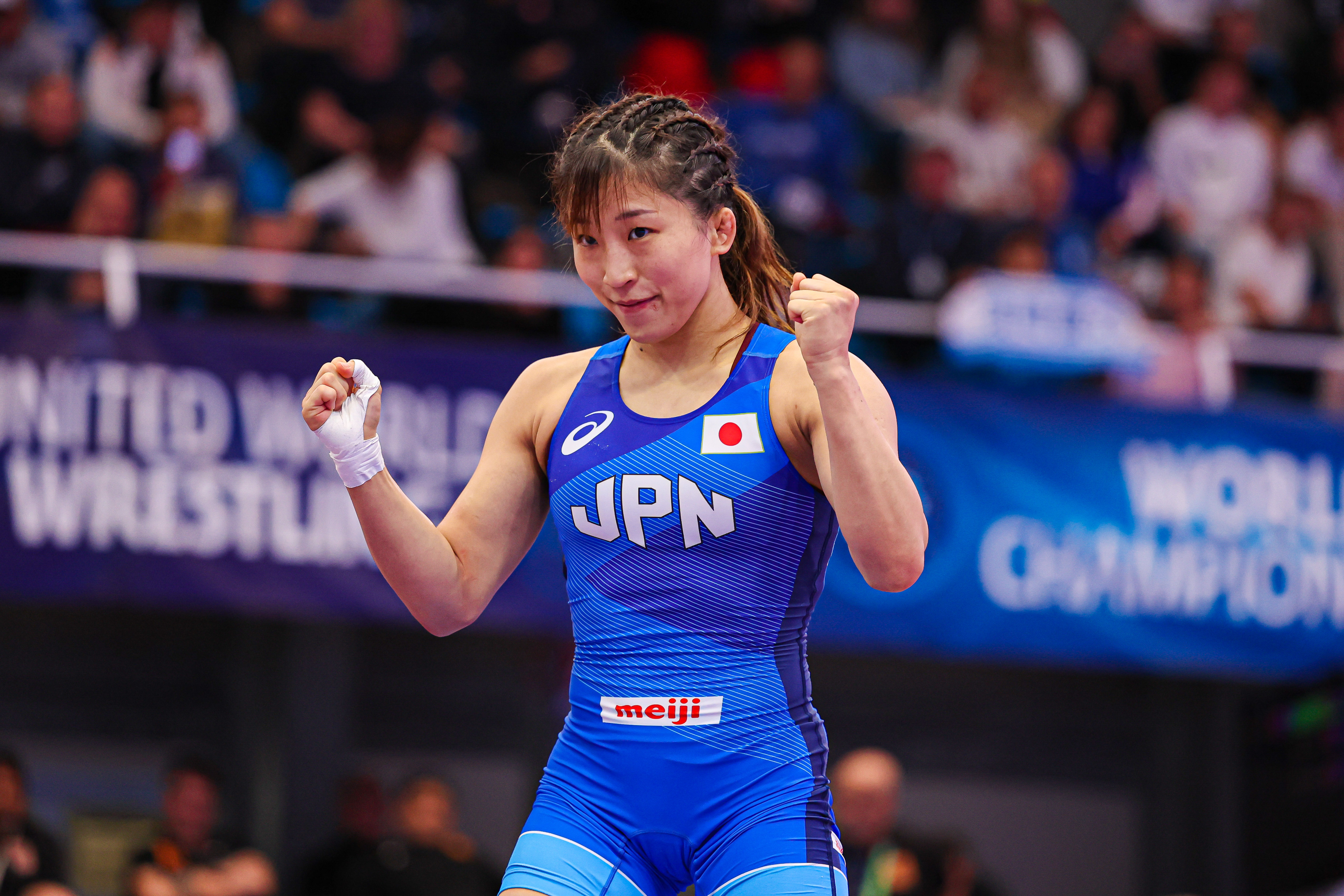 While Susaki was making history this year by winning both the world senior and U23 titles -- the latter of which completed the set of career age-group crowns -- an old nemesis was quietly returning to the mat after an extended hiatus.

Also entered at 50kg is Yuki TANAKA, who was wrestling under her maiden name of IRIE when she became the only wrestler on the planet to beat Susaki dating back to junior high school. And she did it three times, the most recent in 2019.

Neither Susaki nor Tanaka can ignore Remina YOSHIMOTO, the 2021 world champion in Susaki's absence who has yet to beat the Olympic champion but has always given her a tough fight.

Kinjo's younger sister, Tokyo Olympic champion Yukako KAWAI, will look to gain revenge and regain the 62kg throne that she lost to collegian Nonoka OZAKI, who went on to win the senior world title in that weight class in September.

In the other Olympic weight classes, world champion Tsugumi SAKURAI is the one to beat at 57kg -- with a clash against Kinjo likely to come at the Meiji Cup -- while 76kg could see a battle between world bronze medalist Yuka KAGAMI and 17-year-old world U20 champion Ayano MORO, who has gone undefeated dating back to 2017. 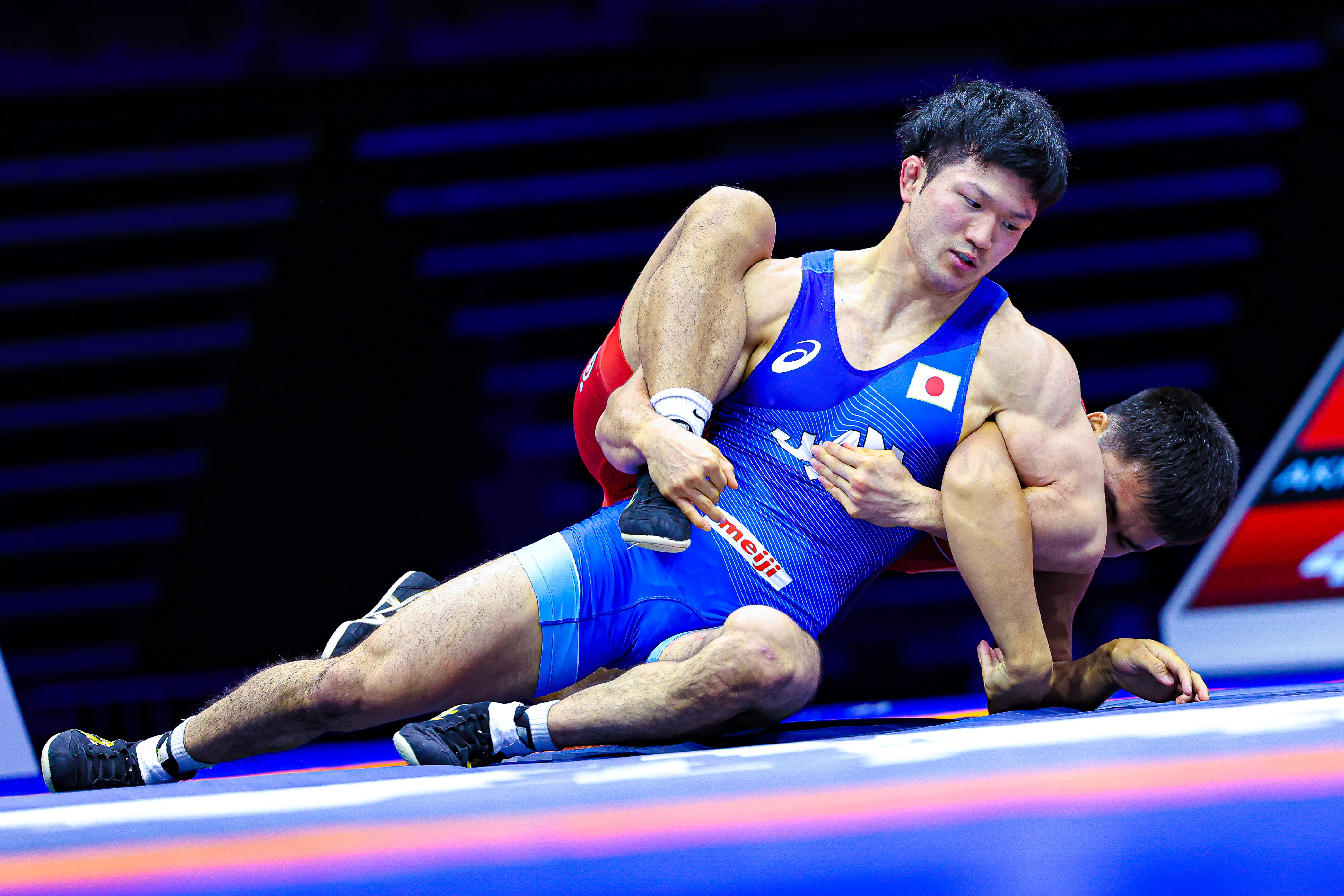 Narikuni, an unorthodox wrestler who finally showed his potential by winning the freestyle 70kg world title in Belgrade, will attempt a historic double by also entering at Greco-Roman 67kg.

The 25-year-old, whose mother was a two-time world champion, has a goal of not just equaling his mother, but going beyond her by winning world titles in both freestyle and Greco.

It marks the first time since 1984 that a wrestler will be competing in both styles at the national championships. The last time a wrestler won titles in both was in 1973, at a time when the styles were wrestled at separate tournaments and more wrestlers competed in the two.

Fireworks can also be expected at freestyle 57kg, as world 61kg champion Rei HIGUCHI has dropped back down to the division in which he won a silver medal at the 2016 Rio Olympics.

Former world champion Yuki TAKAHASHI, who beat Higuchi in a playoff for the 57kg spot at the Tokyo Olympics, has returned after an extended hiatus. Those two can expect stiff competition from a number of young opponents, including 2021 world 61kg bronze medalist Toshiro HASEGAWA.

While coronavirus restrictions have been vastly eased in the country, the tournament field has been limited to 16 per weight class.

To simulate the Olympics as much as possible, the Olympic weight classes will be run over two days, with competition up to the semifinals on the first day and the repechage and medal match on the second. Non-Olympic classes will be completed in one day.