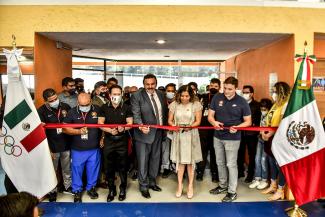 The purpose of the four-day course was to provide coaches with tools to strengthen their professional work. The course consisted of several theoretical and practical sessions that were structured to be transferrable from the classroom to the mat.

The opening ceremony was held at the Presidency Auditorium of the Mexican Olympic Committee and was attended by distinguished personalities such as Maria José ALCALÁ IZGUERRA, President of the NOC, Guillermo DÍAZ GUTIÉRREZ, President of the Mexican Wrestling Federation and Daniel ACEVES VILLAGRÁN, Vice-President of NOC. The Olympic Wrestling Gymnasium was inaugurated as part of the event, a space designed to house the national teams and the Olympic Wrestling initiation school.

In April, wrestlers from all over the continent will train at these new facilities for the Pre-Pan-American Championship Training Camp. 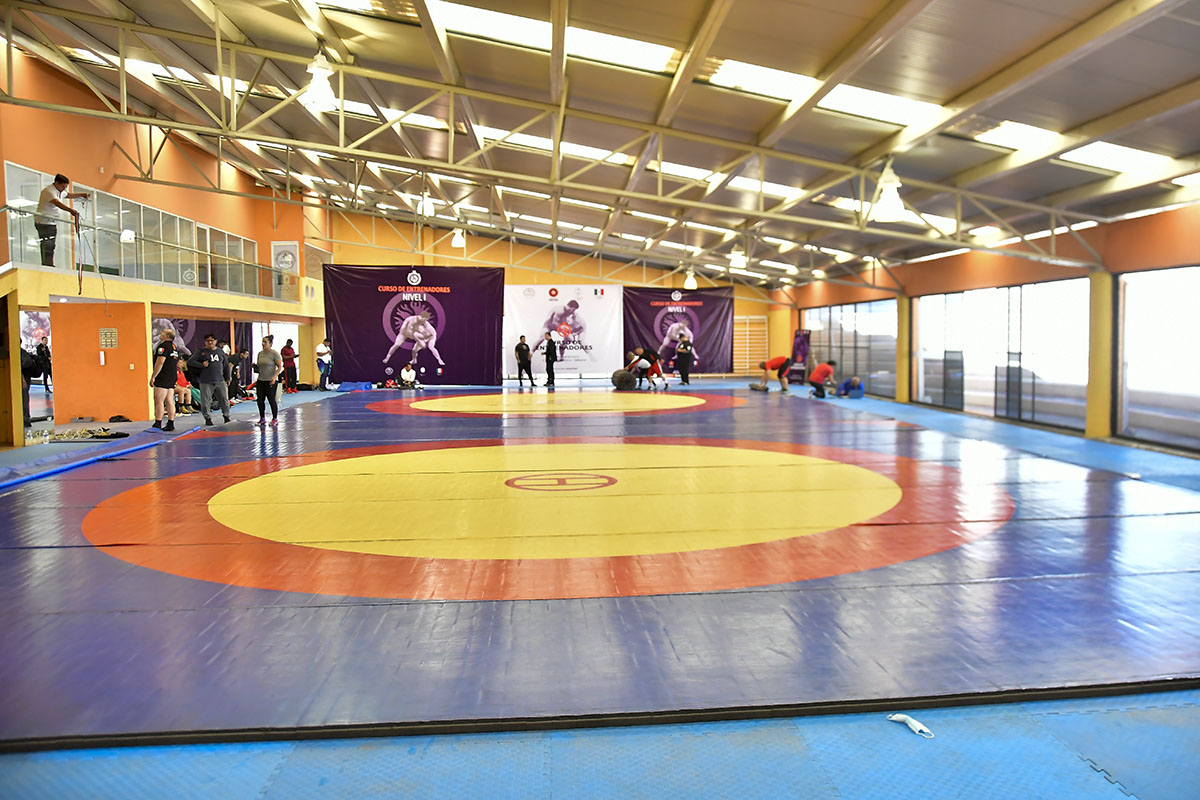 "The course was very important; I was flattered with the youth, the desire, and unity that exists today among wrestling; I saw a great preparation in most young people, very into what they want to achieve, who should not conform and have bigger goals," said Filiberto DELGADO.

Also, during the course, an Anti-doping workshop was given by Dr. Viridiana SILVA, Mexican Olympic Committee Medical Director.

All the participants agreed that they would like to have part two of this course. "Thank you very much for doing these types of courses because they are necessary and valuable. It is important to continue to carry them out constantly to improve the knowledge and level of the wrestling, " said Gloria Wendoline MORENO SOTELO. 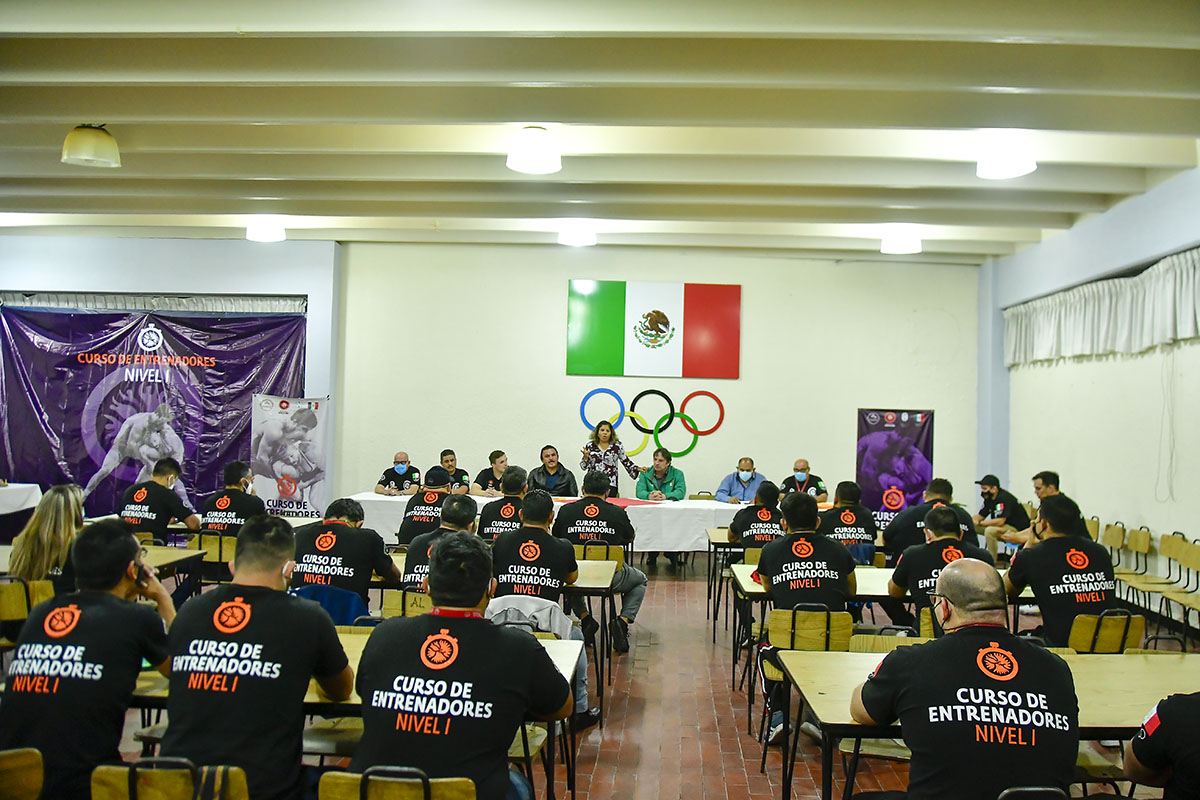 Over 40 participants from all over Mexico attended the Level I Coaches Course from March 5-9. (Photo: United World Wrestling)

Yuri MAIER, United World Wrestling Sports & Development Officer, was very pleased with the outcome of the course. "In general terms, everything went very well. The Mexican National Federation is undoubtedly one of the most proactive NFs in the continent. We hope to continue working with them in this way and accompanying them in their growth and institutional strengthening."

SANTO DOMINGO, Dominican Republic (October 3) A series of UWW courses were held in the city of Santo Domingo from September 25 to 29; The courses were: Coaches Course Level 1 and Level 2 and Introduction to Refereeing. A total of 31 participants, between coaches and referees, took part in the course. The educators were all local, from different provinces of the Dominican Republic.

This course is part of the UWW's education program, and the purpose is to provide the coaches with tools to strengthen their professional work. The course consisted of several sessions between, theoretical and practical, structured in such a way that what was learned in the classroom was applied on the mat.

This course was made with the support of the Olympic Solidarity Dominican Olympic Committee and the Dominican Wrestling Federation.

The opening ceremony was held in the Dominican Olympic Center on September 25 and was attended by distinguished personalities such as the President of the National Olympic Committee and the Dominican Wrestling Federation, Antonio CORLETTO, Secretary of the Executive Committee of the NF, Onésimo RUFINO, Technical Director of NF, Rodolfo Castro Martinez and Olympic Solidarity of the NOC, Lussy Caraballo. 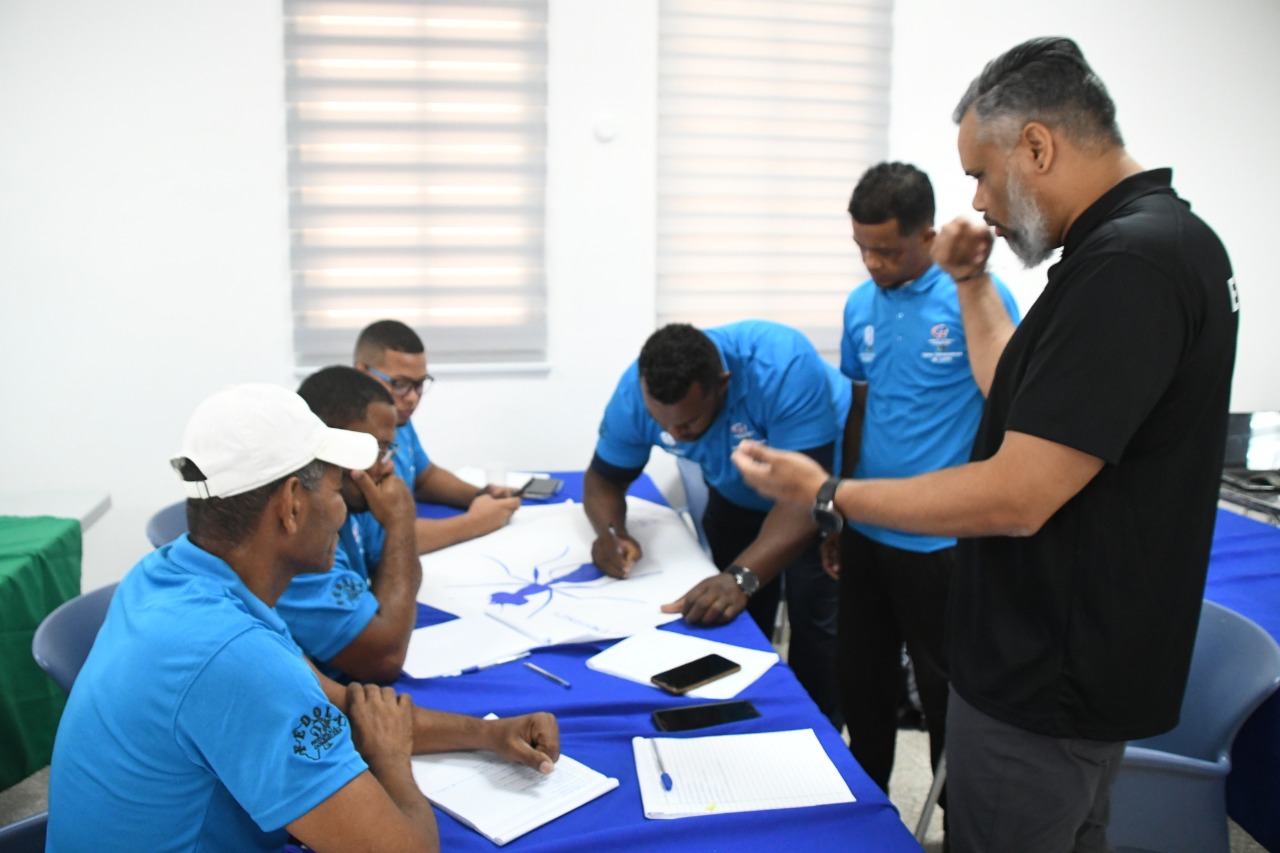 Participants discuss theoretical and practical topics that will ultimatly be uitalized on the mat. (Photo: United World Wrestling)

The course was officially inaugurated after listening to the notes of the Dominican National Anthem and the words of welcome by Antonio Corletto.

"I want to thank on behalf of the two women who are present in this course, thanks to our administration, to Olympic Solidarity, and thanks to God, today we were able to learn. Thank you from the bottom of our hearts because today, we will no longer be like before. Thanks to our excellent facilitators. I am sure that our colleagues and I will not return to our provinces empty-handed," said Francia Mayelin Perez, woman referee.

The Dominican Wrestling Federation is working very hard in the development of the sport in its country. And from the UWW, we hope to continue working in this way with them and accompany them in their growth and institutional strengthening.