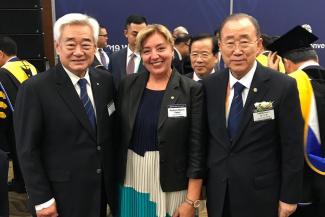 Alysh Classic Style, Alysh Freestyle, and Kazakh Kuresh were each competed during the championships. The styles are each part of United World Wrestling's expansive "Associated Styles" which recognizes and supports important regional styles of wrestling from around the world.