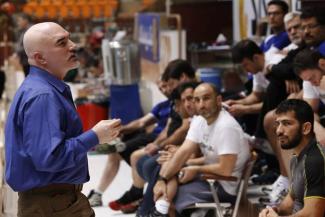 TEHRAN (February 6) – The Iran Wrestling Federation recently held an informational course on anti-doping for members of the nation’s Greco-Roman and freestyle national teams.

The workshop, which was focused on junior and senior freestyle and Greco-Roman, was led by United World Wrestling medical commission chair Babak SHADGAN (CAN) and was held at the National Federation Camp in Khane-ye-Koshti (Wrestling House) in Tehran.

Dr. Shadgan covered doping control procedures, rule violations, dangers, prevention of accidental doping attempts, out of competition sampling, whereabouts information, and the seriousness with which United World Wrestling is fighting against doping in the sport of wrestling.

Shadgan, a WADA Foundation Board member (2003-2005), a WADA Independent Observer (2005-2011) explained that that the main factor behind doping rules violation is lack of doping control knowledge in athletes, in particular in wrestling.

“Lack of knowledge has been the main causes and we should take it seriously and fill this gap by promoting our anti-doping education programs,’ said Shadgan. “The national coaches and medical team are very serious and concerned about doping and really wanted their athletes to stay away from any risk, which was great.”

United World Wrestling president Nenad LALOVIC applauded the efforts of the Iran Wrestling Federation and Dr. Shadgan to inform athletes of the risks associated with doping.

“We applaud the efforts of all our national federations and members of the medical commission to inform our young wrestlers,” said Lalovic. “We must stay vigilant and always do our best to keep young, and old, wrestlers current with anti-doping regulations.” 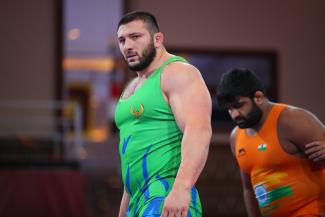 CORSIER-SUR-VEVEY, Switzerland (November 10) -- United World Wrestling announced that Davit MODZMANASHVILI (UZB) has been banned until October 2, 2026, following the re-analysis of his sample from the 2012 London Olympics.

Modzmanashvili, who has competed for Uzbekistan since 2017, tested positive for the prohibited substance dehydrochlormethyltestosterone (oral turinabol).

Modzmanashvili claimed a silver medal in freestyle wrestling at 120kg and his removal re-shuffled the order of medalists at the 2012 London Games. Bilyal MAKHOV (RUS) became the new silver medalist and Daulet SHABANAY (KAZ) the bronze medalist.