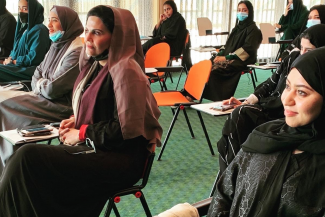 CORSIER-SUR-VEVEY, Switzerland (June 10) -- In a significant step forward for women’s wrestling in Saudi Arabia as well as the United World Wrestling’s push for gender equality, Amal BAATTIAH has been elected as the first female member of the Saudi Arabian Wrestling Federation’s executive board.

Baattiah’s election is part of the wider strategy for wrestling in Saudi Arabia, which has witnessed rapid growth in the last few years thanks to the support and cooperation between the Saudi Wrestling Federation and UWW.

It also underlines the importance of the UWW’s development programs, which are providing immediate results in improving gender equality in wrestling. Baattiah was a participant in the Women Lead Sports Master Program, which was spearheaded by world-renowned expert Gabriela Mueller.

The Women Lead Sports Master Program has been designed to empower participants to shape the future of wrestling as a global sport, learn effective leadership strategies and techniques, and increase a diverse leadership talent pool within all levels at the UWW.

Baattiah graduated from the program in January 2022. And earlier this month, she broke the glass ceiling by becoming the first woman to get elected to the Saudi Arabian Wrestling Federation board. Her election marks another landmark moment for the development of the sport in Saudi Arabia.

In the last few years, with support from the UWW, the country has taken important initiatives to educate its coaches and referees, developed infrastructure and focussed on the grassroots.

Since 2017, the Saudi Arabian Wrestling Federation has held coaching and refereeing courses every year, except for the break forced by the pandemic. These courses were held under the supervision of UWW-certified educators.

In January 2021, the first-ever introduction to refereeing course was conducted for women and later that year, in December, a similar course for women coaches was organized. 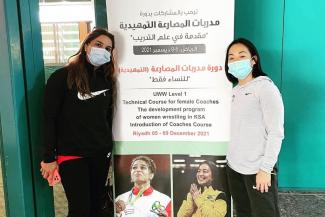 The country’s wrestlers have also been a part of the UWW’s More than Medals program every year for the last five years. As much as sporting skills, the workshop teaches the wrestlers life skills, which help them prepare for a career after sport.

At the same time, there have been constant efforts to improve the wrestling infrastructure in Saudi Arabia. The Saudi Arabian Wrestling Federation established three training centres in 2015 and one in 2018. These centers are situated in Riyadh, Dammam, Makkah and Jeddah. Over the years, the UWW has donated six wrestling mats to Saudi Arabia while the national federation has imported four more mats. In the first six months of this year, 10 new mats have already arrived in Riyadh.

All these developmental activities have shown results on the mat.

Wrestlers from Saudi Arabia participated in the World Championships for the first time in 2017. It was also the first-ever world-level participation by the country’s wrestlers since 1980.

Since then, Saudi wrestlers have been a constant presence at junior and senior international tournaments and have started to make their presence felt on the podium as well. In 2019, the country won a bronze medal at the World School Combat Games in Budapest. In the same year, four Saudi Arabian wrestlers won bronze medals at the U15 Asian Championships in Chinese Taipei.

In 2023, Saudi Arabia will host the U17 and U23 Asian Championship and will also host the Arab Championships for both age groups for the first time ever.

London, England (August 22) – Women in Sport High-Performance Pathway (WISH) kicked off the first edition of the programme on 23 May.  WISH was designed to equip women coaches with the potential and ambition to gain roles at elite coaching levels within their sports. The programme is specifically designed to help coaches develop their sport-specific skills, leadership skills and behaviors and build confidence. United World Wrestling is participating along with seven other IF’s and is being supported by Olympic Solidarity, the University of Hertfordshire, and Females Achieving Brilliance (FAB).

United World Wrestling selected three coaches to participate in the first edition. Those coaches include Martine DUGRENIER (CAN), Aline DA SILVA (BRA) and Carissa HOLLAND (AUS). They recently had the opportunity to attend the Residential Session at the University of Hertfordshire (August 14-20).  “The WISH Programme was really well conducted," said Carissa Holland. "We not only learn about leadership qualities and skillsets, but I learned a lot about myself (especially coming out of the recent Commonwealth Games in Birmingham).”

The residential session was a weeklong event where the coaches attended working sessions and participated in learning activities with the 24 other coaches in attendance.  Some of the key learning points included leadership skills, creative problem-solving, creating connections, mindset, having uncomfortable conversations and visualizing the future, among many other topics. 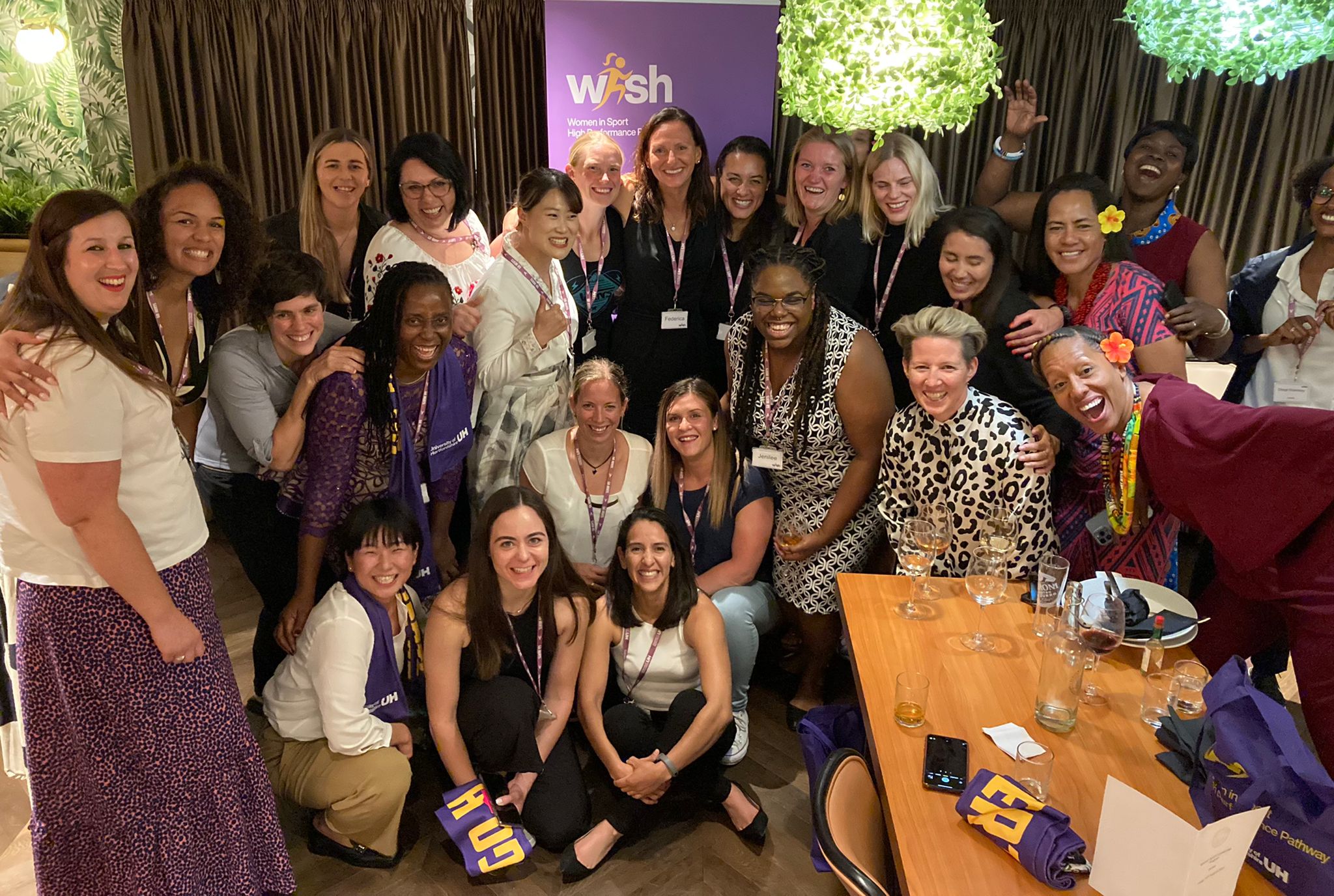 Participants of the WISH programme gather for a photo. (Photo: United World Wrestling)

“The residential week was great. We had the opportunity to meet great people all around the world and learned from experienced well accomplished people," said Aline da Silva. "It was very inspiring. I have learned to embrace a leadership role, to empower others and enjoy the journey! I’m excited to see where the program will lead me over the next 20 months,” said Martine Dugrenier. “The week was more than I expected; I shared a lot with the coaches and improved my knowledge about my leadership. I came back home excited to improve all I learned there and keep the connections.”

The WISH Programme is a 21-month programme.  These coaches will continue meeting with the WISH Leadership Team and work with their leadership mentors and sport-specific mentors.  WISH was originally piloted as the WSLA High-Performance Coach Programme.

UWW participated in the original pilot program with four coaches. After a successful experience, the WISH Programme was developed and expanded to include participation by more International Federations.  UWW has renewed its participation in the outstanding programme.